Another tour over and done with..

There and back again, a musicians tail never ends. Although it does have pauses in between.
So that was a first, playing in Belgium, and I loved it. Will be back there for sure! (and not just because of the glorious Waffles) 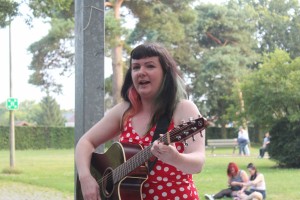 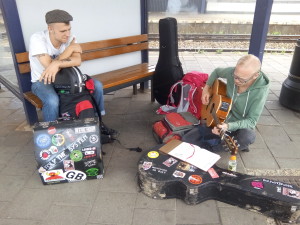 Vince and Rob were very good touring company, it was a relaxed and funny trip all the way!
I could let my fingers run over the keys to give you an impression that you will have to visualise yourself. But luckily you’ll be spared that, and you can just click here to see an already visualised impression of one week of touring! (Thanx go out to Rob Galloway for most of the filming and all of the editing)

So now it’s time for a little peace quiet and writing new songs. Have already finished one, that is called Water Level and as soon as I get the perfect kind of strumming down for this one, I’ll bring it along to the next gig.
There are plans for September, Dave Hughes is going to travel down here again for a few gigs in which I will join. Very much looking forward to spending some musical inspired time with such a good friend! No dates confirmed yet, but just keep an eye on the ‘upcoming’ page the next few weeks. 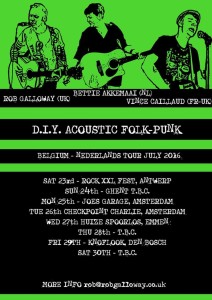 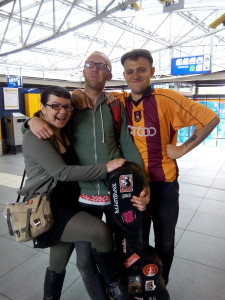